You are here: Home > Meet Your Instructors > John Gussman 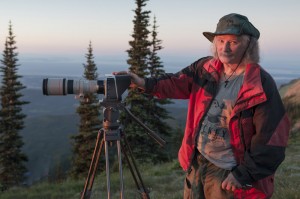 After getting a degree in photography, John started as a journalist shooting for a Bay Area newspaper in 1973. In 1982 he began his freelance career in the Seattle area, specializing in architectural – location work creating visual imagery for many Puget Sound builders, architects, interior designers, and corporations.

One of his personal passions has always been photographing nature, wildlife, landscape and outdoor adventure. Over the last 30 years John has built up a large collection of this work and sells stock images and fine-art prints for personal or commercial use.

He also began to use a video camera about 8 years ago, wanting to share his vision with more impact and emotion than still photos alone could not do. John is also proficient in Photoshop and video editing for post-production workflow.

John has lived on the Olympic Peninsula for the last 36 years, and considers it one of the most beautiful places in the country.

Join John for a New Course this Year- Intro To Kayak Photography!